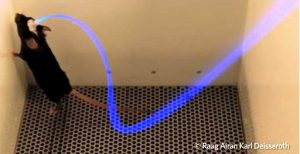 With this method, the animal’s behavior can be influenced by addressing specific brain regions and neurons.
Thus this method became very popular in behavioral neuroscience and is a great tool to get new insights in the neural basis of behavior.

Trigger events can be defined depending on

In combination witht the Experiment Control Suite you can run very complex experiments where the animal itself triggers the stimuli and the chronology of the experiment.

All aspects of the experiments are recorded:

This hardware-software-package is highly customizable. Also for any kind of active and passive avoidance tests.